Georg Brochner and the Golden Books

Some time ago, the Annex Galleries acquired a collection of small works on paper, with a tremendous range of styles and subject matter, showcasing various late 19th and early 20th century European artists. They came bound in a number of portfolios peppered throughout with dedications to the collector, Georg Brochner.

Since then, we have added some of the works of the Georg Brochner collection to the website inventory, but felt that we couldn’t do the collection justice without delving into the history of Brochner as best we can. Little has been published about the author and avid art collector himself, though his own writings are available both online and in physical print. Danish art critic and collector Georg Frederik Brochner was born in 1850 in Denmark. He attended university and majored in horticulture, an interest he would foster for much of his life, and in 1880 he settled with his wife, Jessie Lofthouse, in England. 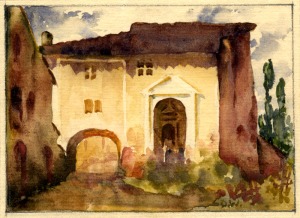 There he became a freelance writer and editor in the arts, and worked with his wife collecting original works of art that he would later compile into over five volumes. Brochner wrote for The Studio and The International Studio magazines, wrote books on Danish arts and crafts, and in the early 20th century he compiled several portfolios, called The Golden Books. These book-format portfolios showcased hundreds of artists’ works on paper, collected by Brochner over the years. Included in the collections were watercolor paintings, prints, drawings, paper cut-outs, and illuminations.

Some of the portfolios were collections of short writings and poems by famous and little-known authors; some were collections of musical scores. Brochner would send his artist friends and acquaintances a sheet of paper from one of these portfolios, asking them to execute whatever they wished within the margins, and to send it back. What resulted was a treasure trove of original works of art, small windows onto the friendship of one man to hundreds of artists across Europe and beyond. When Brochner died in 1933, he had a veritable museum of artworks on 8-3/4 x 7-1/4″ sheets of paper. 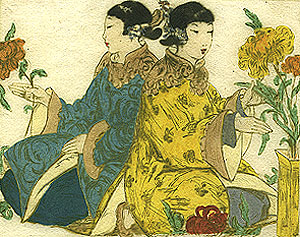 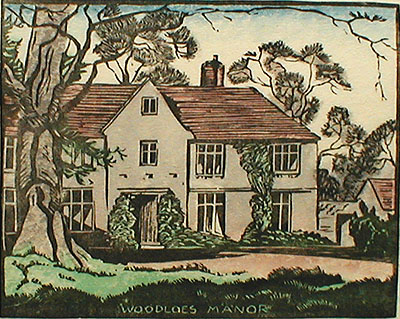 Gurdrun Jastrau: "All Art is at Once Surface and Symbol!", paper cut-out; 1919 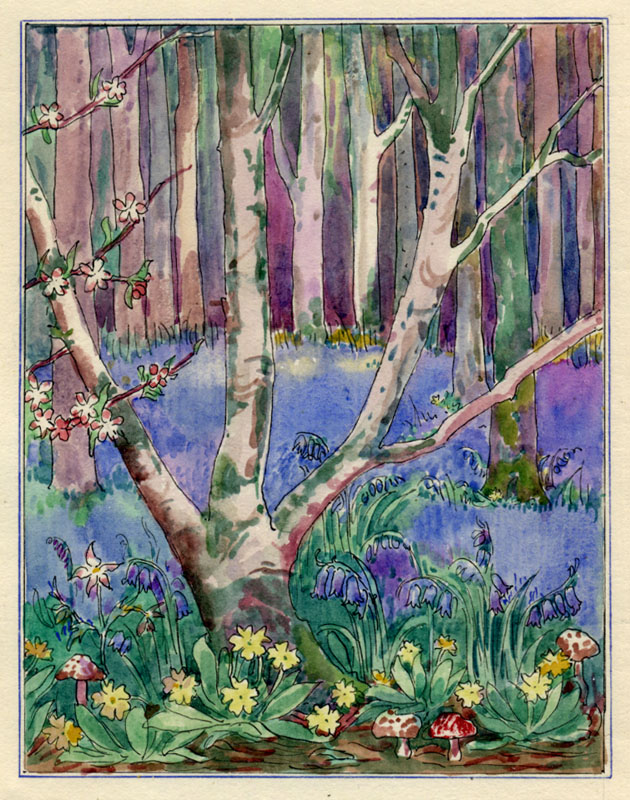 For more works in the Georg Brochner collection, please visit our Brochner page.

The Annex Galleries holds one of the largest original fine print inventories on the West Coast. With over 9,000 works, we specialize in (but are not limited to) original prints of the WPA era, Arts & Crafts movement, and Abstract Expressionism through the 1960's, with a focus on American and Californian artists both known and unknown. We have everything from Durer to Baumann to Picasso.
View all posts by Annex Galleries →
This entry was posted in Biography, Discoveries and tagged etching, fine prints, Georg Brochner, miniature, paper cut-out, printmaking, watercolor, woodcut, woodengraving. Bookmark the permalink.