As the early half of the 20th century underwent a massive reevaluation of self expression, artists from every sector of the art world began to look to one another for inspiration. Performance art emerged as a revolutionary new form of creativity; poets, dancers, musicians, and visual artists collaborated more frequently than ever before. In the early half of the 20th century boundaries were demolished on the hunt for new, unexplored means of emotional and physical communication. The question was no longer, “How do I reach that horizon?” but “WHY is that considered the horizon?”. This fervor revolutionized Western cultures around the globe, and two major components of this deconstruction and restructuring were visual art and music. Sometimes, it was the marriage of the two. 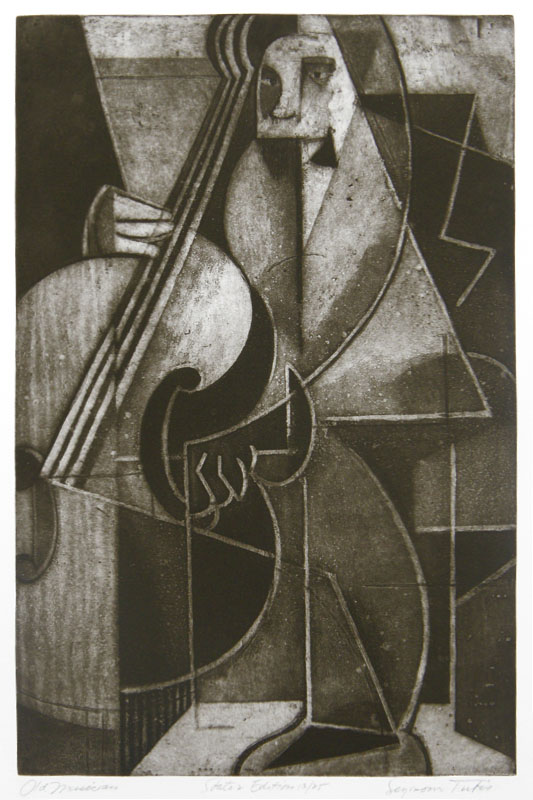 Perhaps it was the mounting social and political upheavals that inspired such drastic changes. New ways of looking at the world were created in response to seemingly unanswerable questions; tragedy at home (Stock market crash; the Great Depression) and abroad (World Wars I and II) brought much of the Western world to a grinding halt. With it came the end of many ideals, and a search for new. As the shift of jazz and experimental sounds from obscurity to mounting popularity occurred, so did the advent of observing visual works of art from an unfamiliar perspective. Dick Swift’s (American: 1918 – 2010) color intaglio “Fantasy for Flute, Horn, and Strings” and his lithograph “Swing” contrast greatly in form but not in function. The artist was clearly moved by the environment music created around him throughout his artistic career. In “Fantasy” the angular, contrasting blocks of color, light, and form are used to communicate the emotion; in “Swing”, it is the dashing, curving, energetic line that invite the viewer into the the excitement of the crowd– and so, the movement of the music. 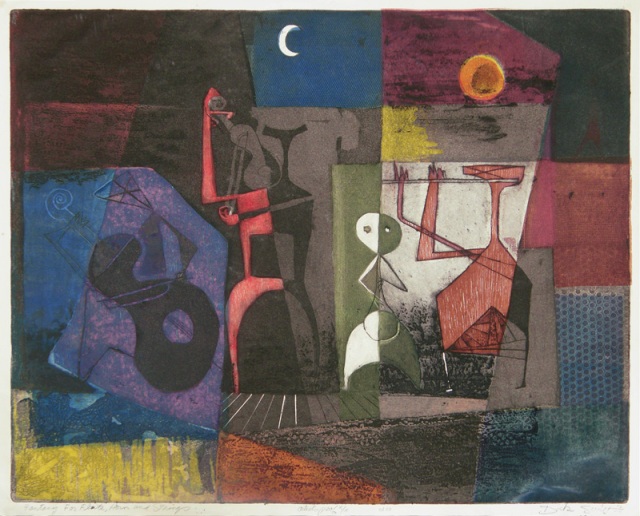 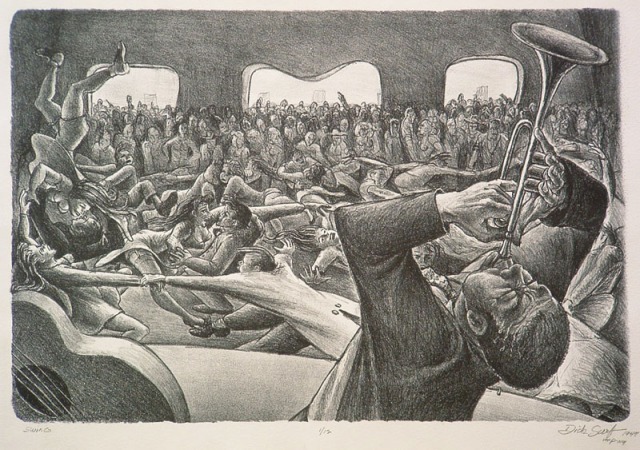 As is true now, sometimes it was the quieter, hidden side of music that drew an artist in. Of his ink and watercolor drawing “Practice”, 1952, Donald Myers Anderson wrote, “This picture evolved from a series of drawings of clarinet players. The picture was planned to have several very large areas to serve as a foil for some shapes of intermediate size. These smaller areas contain the areas of more intense decoration, face and fingers, which prove to be the most animated parts of such a performer….” 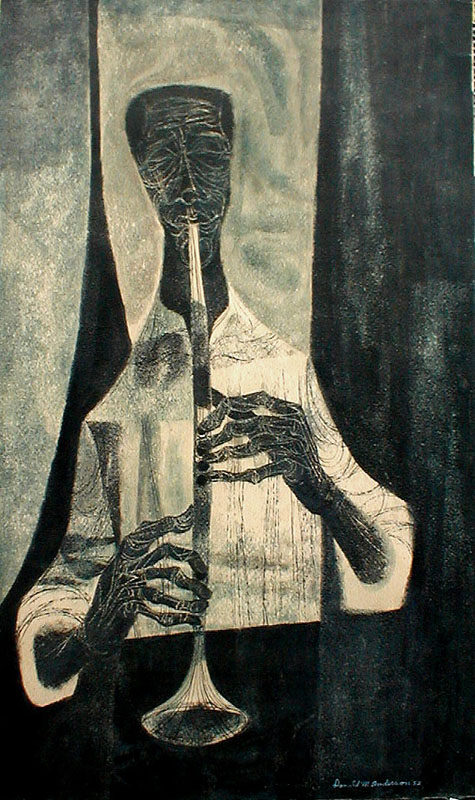 Collaboration of artists was not limited to two-dimensional work. In the early 1950s, artist Pamela Boden (Australian: 1905 – 1981) created a series of fragile wood sculptures resembling animals and landscapes, each with a sense of elegant, elongated motion. In 1978 she exhibited these seven sculptures at the Australian Music Centre in Sydney. Along with music expert and author James Murdoch, she collaborated with seven different composers, including David Gulpilil, Peggy Glanville-Hicks, and others, to have a piece written for each sculpture.

At this time, there were artists for whom abstraction was not a preferred genre but music remained a great influence to their creativity. In Everardo Ramirez’s (Mexican: 1906 – 1992) portfolio of blockprints,Vida en Mi Barriada, there is a print titled “Orquesta Capesina” – “Band of Rural Musicians”, which was an homage to the music he’d heard as he grew up in Coyoacan, Mexico City. 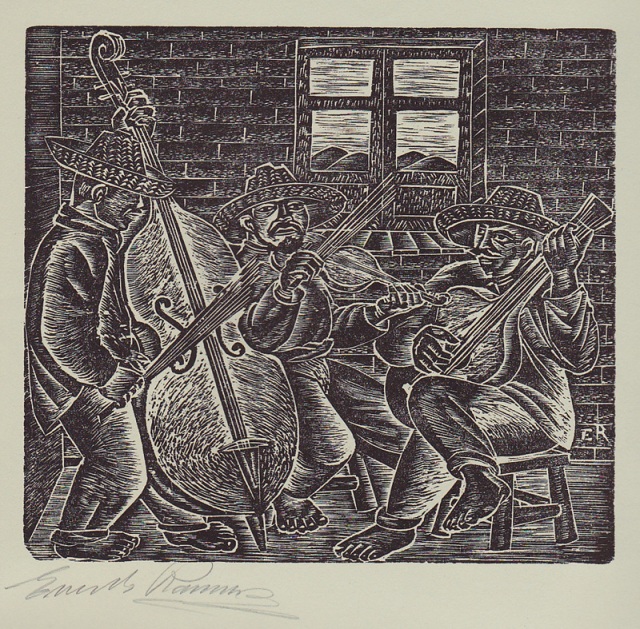 The list goes on. The connection between the visual and aural have been aptly illustrated throughout most of history. This is just a small sample of the ever-evolving theory of their influences on each other, on artists, and on society.

The Annex Galleries holds one of the largest original fine print inventories on the West Coast. With over 9,000 works, we specialize in (but are not limited to) original prints of the WPA era, Arts & Crafts movement, and Abstract Expressionism through the 1960's, with a focus on American and Californian artists both known and unknown. We have everything from Durer to Baumann to Picasso.
View all posts by Annex Galleries →
This entry was posted in Abstract Expressionism and tagged abstract expressionism, aquatint, art, etching, intaglio, jazz, modernism, music, music art, printmaking, sculpture. Bookmark the permalink.